The National Association of Realtors® reported on sales of previously owned homes and the University of Michigan issued its monthly report on consumer sentiment. Weekly readings on mortgage rates and new jobless claims were also released.

Home builders were less optimistic about housing market conditions in November; the National Association of Home Builders Housing Market Index dipped by one point to an index reading of 70 for November. October’s reading of 71 was the highest in 20 months. Any reading over 50 indicates that most builders surveyed were positive about market conditions.

Sub-readings used to calculate the NAHB Housing Market Index reading were mixed. Builder confidence in market conditions for the next six months rose one point to 77, but builder sentiment dipped two points to 76 for current market conditions. Builder sentiment about buyer traffic in new housing developments dipped one point to 53; buyer traffic readings rarely exceed a reading of 50.

Supplies of available homes continued to fall according to the National Association of Realtors® as inventories slipped to a 3.9 months supply in October. Real estate pros consider a six-months supply of homes as a healthy balance between available homes and home buyers.

New jobless claims were expected to drop to 218,000 claims filed but held steady at the prior week’s reading of 227,000 first-time claims filed.

The University of Michigan Consumer Sentiment Index rose to an index reading of 96.80 for November; analysts expected the reading to hold steady at October’s reading of 95.70 percent.

This week’s scheduled economic reports include readings on home prices from Case-Shiller; reports on new and pending home sales and a speech by Fed chair Jerome Powell. Weekly reports on mortgage rates and new jobless claims will also be released.

Fewer building permits were issued in February with 1.295 million permits issued as compared to February’s reading of 1.317 million permits issued. While some of the slowdowns in housing starts and building permits were likely related to winter weather, real estate and mortgage lending pros continued to count on home builders to provide more homes to ease housing shortages in many cities and metro areas.

Lawrence Yun, the chief economist for the National Association of Realtors®, said a shortage of available homes in the West coupled with rapidly rising home prices contributed to lower pending sales numbers.

The National Association of Home builders reported an index reading of 72 for its Housing Market Index in February. January’s reading was also 72; readings over 50 indicates that more builders than fewer are confident about housing market conditions.

This was the highest reading for future housing market conditions since before the recession. Builder confidence in buyer traffic in new housing developments was unchanged at 54.

High builder confidence was reflected in readings for housing starts and building permits issued in January. Housing starts rose to their highest level in more than 10 years. The annual pace of housing starts reached 1.326 million starts.

High demand for homes has caused rapid appreciation in home values and sidelined first-time and moderate-income buyers in areas with high home values. According to the Commerce Department, building permits issued rose to 1.396 million from December’s1.380 million starts annually.

The University of Michigan reported the second highest reading for consumer sentiment in 14 years. February’s reading of 99.9 was higher than expectations for a reading of 95.3 and January’s reading of 95.7Analysts said that recent tax cuts likely stabilized consumer outlook in spite of volatile financial markets.

Freddie Mac reported higher mortgage rates for all three types of mortgages it tracks in its Primary Mortgage Market Survey. Rates for a 30-year fixed rate mortgage rose an average of six basis points to 4.38 percent.

This week’s economic releases include readings on existing home sales along with weekly readings on mortgage rates and new jobless claims. Financial markets were closed on Monday for President’s Day. 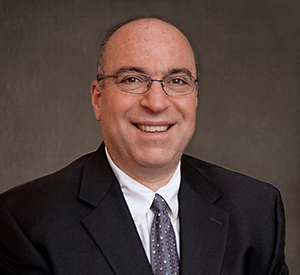